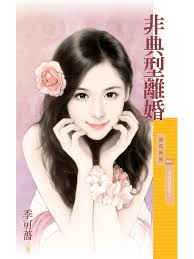 Ke Mu Yu has never thought of himself as a Mr Nice Guy. He takes pride in being cold- blooded, favors high-risk activities, and loves nothing more than a good challenge.  He is supposedly happily married, but in truth, his is a contractual marriage forged out of necessity. Speaking of the contract, it is due to expire soon. Now that he has gotten what he needed, he can be gracious to his ‘loving wife’ and end the marriage amicably.

Jian Yi An has never hated a person as much as her husband. Had she not needed a large sum of money to cover her father’s embezzlement, she would never have sacrificed her own marriage to Mu Yu. For the last 2 years, she has kept her end of the bargain as a dutiful, loving, obedient wife, but if dear hubby thinks that he can shake her off now that he has gotten what he wanted, he can think again. Amicable divorce? Dream on!

Hello, thanks for reading!