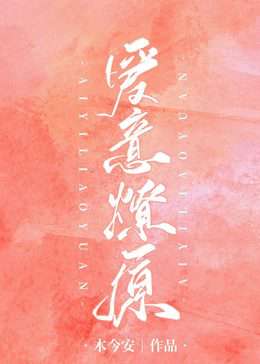 Qi Huan and Qu Jianshen grew up together since childhood, and even though Qu Jianshen had a face more handsome than any male star in the entertainment industry, she never had any other thoughts about him.

She didn’t until she was told by her parents that they had been engaged by her grandfather’s generation.

Qi Huan’s first thought was to refuse, but no one wanted to cancel a marriage contract made by the elders. So she asked her best friend to help her come up with ideas to make Qu Jianshen to refuse too, so that maybe her parents’ side will give up.

Qu Jianshen: “Which quack doctor said that? Other people get sick on occasion, but you have always been healthy. I don’t believe it.

(2) Qi Huan: “A good-looking man like you will attract butterflies and bees at first glance, and you probably won’t maintain male virtue. You can’t be kept.”

Qu Jianshen: “We can sign a prenuptial agreement in advance. If I make a mistake all the property under my name goes to you. I am also at your disposal.

Qu Jianshen: “Bring them to me. I don’t mind if you keep an extra lover.”

After a few rounds, Qi Huan had exhausted all of her options, but Qu Jianshen… the man did not take it lying down.

She pursed her lips and asked, “Qu Jianshen, what kind of tricks are you trying to play? Do you really want to marry me?”

Qu Jianshen’s eyes were quiet as he replied, “Yes.”

This was the person he had always wanted to marry. How could he give up so easily?

Fluent in Spanish and French... Not that it helps here XD Just here to do the books I enjoy most. I hope you enjoy them as well. ^_^