After Transmigration, The Yandere’s Kiss Extends My Life 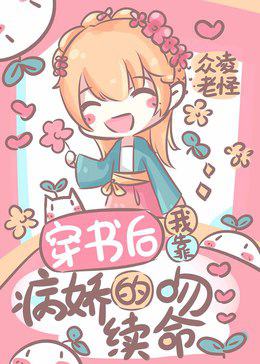 Yan Mu was a highly experienced “superficial dog”1颜狗 (yángǒu) – the direct translation would be ‘face dog,’ a Chinese term to describe someone obsessed with looks especially good looking and pretty guys, you can also say that they look at people based on appearance, hence superficial.. Her favourite type was a malicious yet handsome-looking yandere2A yandere is often sweet, caring, and innocent before switching into someone who displays an extreme, often violent or psychotic, level of devotion to a love interest. (Source: dictionary.com) man. In order to satisfy the fantasies in her heart, she wrote a male channel3Chinese novel websites would normally divide novels into two big categories: male (boys) channel for male readers and female (girl) channel for female readers shuangwen4a type/genre of novel that usually gives readers a pleased and refreshing feeling about a yandere man’s counterattack, but unfortunately, she suddenly died halfway through writing it.

When Yan Mu opened her eyes again, she had transmigrated into the white moonlight of Yu Yuan, the yandere male lead. Not only did she have to accompany Yu Yuan through the entire plot, but in order to survive, she had to depend on kissing him at regular intervals to extend her life. Looking at the teenager that was covered in scars and bruises with little beast-like stubborn eyes, Yan Mu inwardly made up her mind.

Many years later, the young teenager that had endured countless bullying and humiliation, with Yan Mu’s company, finally became a powerful official in the court who called the shots. She was delighted and prepared to stealthily leave, but was firmly pressed against the wall by Yu Yuan.

“Ah Mu, you want to run after provoking me?” The young man’s tone was cold as he repeatedly rubbed her silky hair.

“No, it’s a misunderstanding.” Yan Mu frantically shook her head.

“Misunderstanding?” The young man started to laugh lowly, “I have always known……”

—— “Ah Mu, you have secretly kissed me since we were young. Don’t tell me, this was a misunderstanding too?”