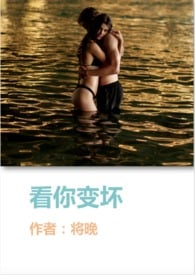 The female lead is the CEO of an airline company and the male lead is a university student in the aeronautical engineering department.

Huo Konghe, who comes from a poor background, was forced to sell his body in order to pay off his father’s medical bills. Who knew that on the first day of this job, he would encounter Yao Yao.

The first time Yao Yao met him, he didn’t even know how to kiss! But later on, he became naughty. Even when he had Yao Yao’s heart in the palm of his hand, he didn’t admit that he liked her!

Yao Yao got angry and threw him far far away. If you won’t admit you like me, then don’t even think about coming back!

Who knew that the golden retriever of the past would suddenly grow a wolf’s tail. Not only did he return, he even reappeared gloriously in front of Yao Yao.

Where was that golden retriever she raised? Huo Konghe, return him to me!

Huo Konghe threw Yao Yao on the bed and threw his belt to the side. Yao Yao, I love you.

This novel is a sweet story full of happiness and sugar. 1v1. Happy Ending.