Tantai Jin was very tall and the wedding dress was obviously much shorter than normal. Fortunately, he could only sit and not stand up right now, so it didn’t really matter1无伤大雅 (wúshāng-dàyǎ) – not matter much/not affect things as a whole.

Su Su finished putting it on for him, and when she looked up, she couldn’t help but laugh. He was indeed really pretty. Tantai Jin’s appearance was already delicate and good-looking, so him wearing female clothing didn’t seem out of place at all. Only his bones were broad so his shoulders looked wide and his chest was too flat.

Su Su said, “You look weird. Why don’t I get you two steamed buns?”

Tantai Jin’s black eyes swept over her chest and sarcastically said, “I don’t think that’s necessary. No one suspects that you’re a man when you’re like this, so naturally, I won’t be so easily exposed.”

Su Su came to realise what he said and her little face turned red with anger.

No matter what, she couldn’t be as thick-skinned as him. Moreover…… Ye Xi Wu’s chest was indeed not ample. Small and delicate, abundantly cute but not sexy enough.

This was one of the reasons why Ye Xi Wu often resented Ye Bing Shang.

Among women, comparing looks, figure, husband, everything that could be compared would be compared. Ye Xi Wu had realised that she was inferior to Ye Bing Shang in everything and almost had a psychological shadow in her heart.

Remembering what she had seen in the nightmare, Tantai Jin once said that the coloured-glaze Goddess was pretty. Su Su thought to herself, I wonder what beauty in the eyes of this pervert actually looks like.

Su Su shook her head since it didn’t have anything to do with her.

Su Su picked up the makeup box and applied makeup on Tantai Jin. His skin was already white and didn’t need any powder. Because of her anger, she deliberately painted his pale lips extremely red. She thought with bad intentions, the Devil God must have a bloody mouth to fit his status.

Su Su looked up after she finished his makeup and found him smiling.

His intact black eye was filled with laughter. With makeup, a woman’s wedding dress, and his slightly cold countenance, his shallow smile actually gave the impression of an earth-shattering beauty2Original expression used in raw: (颠倒众生) reverse all sentient beings.

She was a broad-minded girl and sincerely complimented, “You look really good like this.”

No wonder the Devil God of the future wasn’t willing to reveal his face. She was afraid that this kind of appearance wasn’t formidable and frightening enough.

Tantai Jin’s smile only lasted for a moment before it quickly cooled down.

He averted his eye, “Don’t be a drag tonight.”

Su Su disdainfully said, “We’ll see who really ends up being a drag. The person who holds us back is a tortoise3王八 (wángba) – It’s an insult word. In this context it probably means 王八蛋 (wángbadàn) – bast*rd!”

Su Su didn’t know how to do a bridal hairstyle, so Tantai Jin’s hair was combed by Chen Yanyan’s mother.

Mother Chen’s hands were skillful. When she came out, she was in a trance and muttered, “How can a man be born to look so good……”

Su Su was outside drawing talismans. The villagers fetched black dog blood for her. If this kind of thing was used well, it could come in handy when least expected.

It was a pity that previously on the ship, Tantai Jin had taken away her treasures after searching her body, otherwise she’d have more confidence. Su Su didn’t look that bad either. Mother Chen put her hair up with some pot ash on her face, making her look as inconspicuous as possible.

Su Su lifted her little face and was extremely cooperative.

After tidying herself up, she went to see Tantai Jin. He was sitting cross-legged on the bed and opened his eyes when he heard the sound.

Su Su looked at him. Although he was beautiful, the beauty’s chest was too broad and flat. She was afraid that Young Master Wang would find something wrong once he touched it. She wasn’t sure where the confidence of Tantai Jin, who had unmovable limbs, came from.

“Can you move in this position? Won’t the bridal escort party4迎亲队 (yíng//qīn duì) – the bridegroom sends a party to meet the bride at the bride’s home and escort her to the bridegroom’s home for the wedding get suspicious of a bride that can’t walk at all?”

Tantai Jin indifferently replied, “The women in the village aren’t willing to marry Young Master Wang. The Chen parents are afraid that their whole family will be killed, so drugging their daughter before sending her onto the bridal sedan chair is fair and reasonable.”

It turned out that Tantai Jin had the idea of pretending to be a bride that was drugged and forcibly sent away.

Seeing that he had an idea, Su Su finally stopped worrying. The two of them stayed in Chen Yanyan’s room while the real Chen Yanyan hid in her neighbour’s house. The sky turned completely dark, and the closer it was to 11 p.m., the heavier the yin Qi in the air became.

Finally, the sound of suonas5唢呐 (suǒnà) – Chinese shawm (oboe), used in festivals and processions or for military purposes. 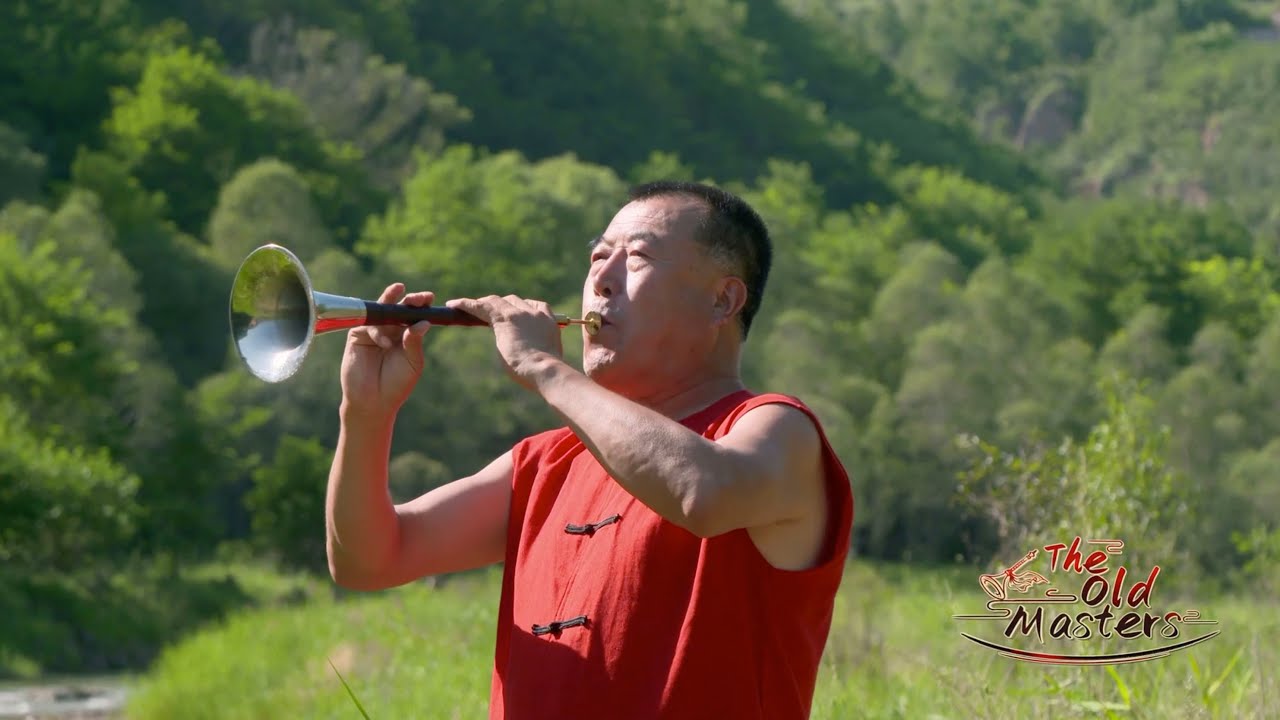 rang in the distance.

The uneasy voices of the Chen parents rang from the outside, “Lady, gentleman, Young Master Wang’s bridal escort party is almost here.”

Tantai Jin ordered, “Come in and help me.”

The Chen parents pushed the door and entered, helping him up.

The three of them went out together and waited outside the house. Su Su found a pile of firewood and bent down, hiding herself while observing secretly.

Not long after, the bridal escort party arrived at the Chen’s. Father and Mother Chen’s palms were all sweaty as they put Tantai Jin, who had lost consciousness, onto the bridal sedan chair.

Su Su had expected the bridal escort party to do an inspection, but unexpectedly, after they picked up the bride, they immediately lifted the bridal sedan chair and left as if they were not afraid of the villagers tricking them.

Since Young Master Wang’s men were so confident, he was either brainless or had tyrannical strength. Su Su felt that the probability of the latter was higher since he dared to do evil so brashly, she was afraid that this demon wouldn’t be so easy to deal with.

In the dark, this kind of jubilation was exceptionally strange.

Su Su waited for a while for them to leave, holding her breath, then leapt out to stealthily follow behind.

The porters were quick on their feet, and soon they were already out of the village and had reached the town.

To Su Su’s surprise, every household had actually hung up red lanterns. She originally thought that Young Master Wang’s evil deeds only targeted the villagers, but now, it seemed that all the townspeople knew about it too and were forced by his abuse of authority to hang up red lanterns.

Although the lanterns were lit, the streets were empty and the doors and windows of every household were tightly shut.

The bridal escort party carried the bridal sedan chair and entered a large mansion. Su Su looked at the plaque and knew that they had arrived at Landlord Wang’s residence.

Tantai Jin disappeared along with the bridal sedan chair and Su Su couldn’t possibly follow him in the open, so she could only look around the residence.

She found a secluded spot and was prepared to climb over the wall.

Unexpectedly, just as she touched the wall, Su Su was bounced back by an invisible force and fell to the ground. She painfully stood up with a theory in mind.

As expected, when her hand gently reached out to touch, Su Su felt a transparent layer of barrier.

Oh no, I’m done for, Su Su thought. A demonic creature that could set up barriers must be a great demon. She had a way to break the barrier, but once the barrier was broken, it would definitely be alerted.

But if I don’t break the barrier, will something happen to Tantai Jin since he’s inside alone?