I Reincarnated and Became Friends With the Black Lion Prince! I’ll Make Him Change His Unhealthy Eating Habits So I Won’t Get Eaten by Him. 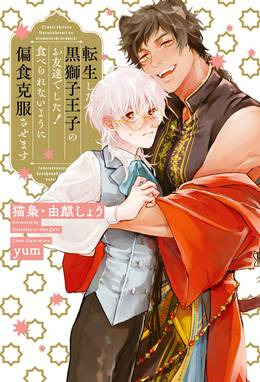 Theo, who had moved from the university town into the capital of the Beast people due to his father’s work, had gotten lost from the very first day. There, he encountered a Black Lion beast-child hiding in the bushes.

A fantastical story about the time an innocent boy, Theo, spent following the Black Lion Prince who runs away from ‘food’ he doesn’t like and ends up feeding the prince whilst getting himself deliciously eaten.

Most problems would be solved with delicious food.