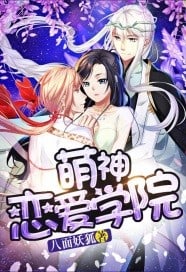 College entrance examination, she didn’t do well. Xia Xiao Lan could only choose between New Oriental and Lan Xiang.

Suddenly, mysterious men in black sent a special admission notice, and she finally had a third option!

What the hell was that girl with a zombie?

What the hell was that zombie hopping about?

What the hell was that handsome guy choking her neck trying to suck her blood?

What the hell was that beautiful autistic boy with a snake on his body!

And what was that boy with a windbreaker flying on a sword in the sky!!!

What she, Xia Xiao Lan, got was an admission notice from the academy of gods and demons!!

Full of gods, demons, monsters. Each and everyone of them was a tsundere, mensao, dominating, cool and flaunting!

Although she, Xia Xiao Lan, was a shut-in, she had to counterattack to become a god! Specialised in treating his royal highnesses tsundere and their prince disease!

If you like my translations, please share, like or comment. You can also consider supporting by buying me coffee! Every sponsor will be given an extra chapter (requested novel) as a thanks and to be released in the weekends. From time to time, check my Ko-fi for bonus chapters. Also checkout my Patreon for bonus and advance chapters. Thank you!