You dont have javascript enabled! Please enable it!
Skip to content
Kisses Make Me Grow Taller

The air remained silent for a while.

Embarrassment slowly spread in the air until Bai Rong suddenly made a hiccup before hurriedly covering his mouth.

“…” The first to react was Mu Chongyan. He walked to the dining table and sat down, his face and voice as cold as usual. “Is breakfast ready?”

“…It should be ready soon.” Dai Suo also calmed down, throwing Dai Ya on the sofa, and sitting expressionlessly at the dining table.

Dai Ya, who was thrown to the sofa, did not even let out a yelp. He got up from the sofa with red ears, and slipped into the dining table.

Bai Rong was eating the small bowl of rice that Mu Chongyan had given him while his eyes flitted about. He looked at Dai Suo for a while, then looked at Dai Ya, a smirk hanging on the corner of his mouth.

He looked no different to a little villain. 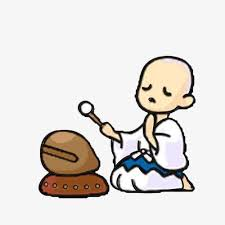 “Boss, Du Han and I have arrived in Sheng Ya Star Region. We’ll be returning to the base in 3 hours! ——Du Xiao.”

“Boss, this time I managed to steal Lei Meng Star Region’s cutting-edge technology, hehehe. Wait and see, I promise to improve and repair our firewall within a week! By then, no one will be able to get past our security! ——Du Han.”

A look of appreciation surfaced in Mu Chongyan’s eyes as he sent a message back to Du Han, “You’ve worked hard. How much have you learned from the knowledge you acquired? Have your hacking skills improved?”

Lei Meng Star Region was a level 9 star region, well known in the Star Alliance for its cutting-edge smart technology. Although its military capability was the worst among the three level 9 star regions, no one dared to underestimate them. After all, if someone offended a Lei Meng citizen, they could only eat a loss and have their star region defense systems attacked and destroyed.

“I naturally learned a lot, Boss. Let me tell you. During the long period of being stranded, I had been studying very hard. I have almost finished learning all those skills now! My hacking skills are definitely at peak now! Boss, didn’t you want me to hack something again? Even if it was Sheng Ya’s S-level gene bank, I can get it done in one day! ——Du Han.”

Mu Chongyan: “What a coincidence. It is the S-level gene bank.”

“I will send you a copy of genetic information in a while. Take a look at the S-level gene bank and see which one is related to this copy.” After Mu Chongyan sent this passage, something crossed his mind and his eyes turned slightly dark..

“No problem, boss.” On the other side, Du Han was surprised to have received this mission. He always felt that he had just missed an important event, but he didn’t ask much, and only promised: “Boss, I will finish it as soon as possible!

After Mu Chongyan sent his genetic information over, thinking that the truth was finally going to be uncovered, but there were no traces of relief on his face. In fact, it looked a little dark instead. His heart felt as though it was continuing to drop down in the pits of the abyss until a soft little hand suddenly landed inside his palm in the next moment.

“Chongyan…what’s wrong?” As soon as Bai Rong put down his small soup bowl, he had  wanted to show off to Dai Ya, who couldn’t eat as fast as he did, but when he turned his head, he saw that Mu Chongyan’s mien did not look too good and his heart instantly dropped down in anxiousness with a clunk.

“…Chongyan, are you feeling unwell?”

“…It’s nothing.” The warmth in the palm of his hand transmitted into the densely packed nerves and reached his heart in an instant, accompanied by the softness of the feathers scratching. Mu Chongyan’s heart warmed, the corners of his lips carrying a faint smile.

“Are you sure it’s really nothing?” Bai Rong furrowed his brows.

He gently picked the little star pet up for a kiss, and said softly: “It’s nothing at all.”

“… En, the-then that’s good.” Feeling a shocked gaze coming from behind him, Bai Rong felt proud and a little embarrassed. His hand clutched the furry tail of his onesie and his ears were slightly red.

Dai Ya was frozen stiff for 10 seconds before immediately bursting this out. His eyes staring straight at Mu Chongyan: “Your character hasn’t been tampered with right?!!! Why do you seem so abnormal today… ..”

Mu Chongyan immediately recovered his expressionless face and swept his eyes over to him, appearing extremely cold.

Dai Suo looked at his stupid younger brother and couldn’t resist giving him another smack. Only this time, it was a lot lighter, “Just go, go to the academy”

Once Mu Chongyan and the others had left, Bai Rong returned to the crystal glass case and continued to practice the training program that Mu Chongyan had drafted for him.

Logically speaking, he should be able to start learning how to drive the mecha today, however, Mu Chongyan hasn’t contacted him for several days now.

Considering the latest incidents that have happened so far, Bai Rong felt that Mu Chongyan might not have the time, so out of consideration, he thoughtfully did not initiate sending a message to him.

After practicing for three to four hours, Bai Rong wiped off his sweat and went back to his room to rest for a while. He drank a nutrient bottle, before turning the optical computer on.

After studying the spell card information for four hours, Bai Rong suddenly recalled that he hadn’t sold spell cards in his tough man spell card shop for a while. There hadn’t been money coming in these days, which was far from reassuring.

Closing off the data file and boarding into the virtual city, Bai Rong rushed out of the room, and spent two hours in the card making room opposite him, to produce six SS-level virtual basic spell cards.

Bai Rong took two of them at random and posted them in the store, each one priced at 3 billion virtual star coins.

While humming the good man song happily, Bai Rong was calculating with a little abacus in his heart. He could sell for one day and stop the next day so that these six cards would be enough for him to sell for several days.

Just as he was preparing to head back to his room and exit the virtual city, the watch on Bai Rong’s wrist suddenly lit up.