As he spoke, someone presented the “Xuanbing Needle.”

“Hold him down. I’ll personally gouge out his eye.” He got up and stepped on Tantai Jin’s chest.

Tantai Jin’s gaze was cold as his eyes swept over Jing Lan An and finally landed on Tantai Minglang. He coughed out a mouthful of blood, staining his lips. He opened his mouth and caught the drifting snow from outside.

The snow melted in his mouth and Tantai Jin started to laugh out loud.

His voice was low and hoarse, and the Daoist priests who were standing by the side felt chills all over their bodies.

Tantai Minglang inexplicably felt a little angry. As soon as he let go, the Xuanbing needle was stabbed into Tantai Jin’s left eye, and the body of the young man on the ground twitched, but the corners of his mouth still maintained the curve of a big exaggerated smile.

Blood gushed out of Tantai Jin’s left eye. He subconsciously wanted to raise his hand to cover his blinded eye, but his hand tendons had been cut, so he couldn’t lift it up.

Snowflakes fell on the young man’s face. Tantai Jin was shaking as he softly laughed.

“Protect His Highness and leave!”

The Night Shadow Guards started to kill Tantai Minglang’s men and the swordsmen hurriedly lifted their swords to confront the enemy.

Tantai Minglang’s lips turned dark. He fiercely looked at Jing Lan An and sternly said, “How dare you betray me! Aren’t you afraid your son will die?”

Jing Lan An’s eyes looked empty and desperate. She didn’t reply and went to help Tantai Jin who was on the floor, “Your Highness, I’ve wronged you.”

There was confusion on the ship, but the group of old Daoist priests somehow still managed to get Tantai Minglang onto another ship in the blink of an eye. After being protected by his subordinates, he was mad with fury and yelled, “Blow them up!”

Jing Lan An took out a lock charm from her sleeve and tucked it into Tantai Jin’s clothes.

She silently shed tears, “In this lifetime, I’ve done many wrongs. This lock charm is the authorization token to control all the Night Shadow Guards in the entire world. It’s also the order of the Yiyue Tribe’s Tribe Leader to protect Your Highness to leave.”

The blood from Tantai Jin’s left eye had streamed down, covering half his face.

“You have a son?” Tantai Jin softly asked, his heart full of mockery.

“Two months after Yue Kongyi died, I realised that I was pregnant. Originally, I wanted to abort him, but in the end, I still gave birth to him. He was born weak and couldn’t live past ten years old. When he was eight, I fed him the Longevity Flower, froze him, and sent him to the Heavenly Mountain.” Tears flowed down Jing Lan An’s face, “Tantai Minglang has the medicine that can allow him to awaken and grow up.”

Tantai Jin smiled and looked at Jing Lan An, “So you’ve betrayed me.”

Jing Lan An knelt down and kowtowed.

“Jing Lan An doesn’t ask for forgiveness. I just hope that one day, if both of you can survive in this world of chaos, for the sake of our mutual assistance over the past few years and the people of Yiyue Tribe who have died fighting for Your Highness, you will have compassion and let my son go.”

Tantai Jin remained silent and gazed at the dark and oppressive sky.

This is a paradigm of motherhood, what laughable greatness.

In the last moment before the ship exploded, Jing Lan An sobbed and said——

The ship on the river lit up, the lock charm emitted a light similar to moonlight, and the white light engulfed Tantai Jin.

Light snow fluttered about, and in the end, this warship never made it back to its homeland.

Su Su led along her little chestnut horse and picked up her waterskin2A water pouch used to drink water from. Image: 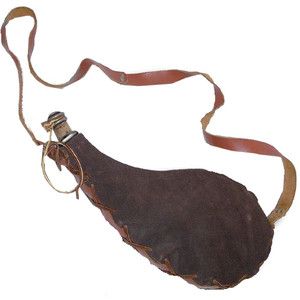 , only to find that it was empty inside.

The Abyss of Desolation was located at the peak of the extreme north. She had hurriedly traveled for three days. Sometimes she would pass by towns, and other times, she had no choice but to venture through the wild. With a mortal’s body, she couldn’t use the Sword Flying Technique or summon a spirit beast, so Su Su came to understand the difficulty of her journey to the Abyss of Desolation more and more each day.

She had been travelling for a day through the mountain forest and even her young horse was exhausted.

Su Su stroked its head and let it stop and graze while she looked at her empty waterskin with worry.

I wonder if there’s a stream nearby. She stood up and tied her horse, planning to go and have a look.

The snow on the mountain had not yet melted and Su Su couldn’t find a stream, but she heard several children’s voices instead.

“Is the beggar still there?”

“Yes, his whole body was covered in blood.”

“I don’t think he’s a beggar. The quality of his clothes is very good.”

“That’s enough. Stop talking. You guys have promised to avenge Ah Huang, are you going to back out now?” a boy furiously said, “After Ah Huang licked his blood, he was poisoned to death. I don’t care, we must beat that person to death.”

“I watched him earlier. He can’t move.” The boy said.

A little girl waved her hand and shook her head, “I don’t want to go, I want to go home.”

With that, she hurriedly ran back. When she passed by Su Su, her eyes widened and she immediately lowered her head, running off in another direction.

Su Su noticed her clothing and knew that she was probably a child from a nearby village.

She was surprised to come across a group of children plotting a murder.

She followed the sound and as expected, she saw a group of children hiding behind a tree. There were about three or four boys, each with a stick in their hands, approaching a black lump of a human figure.

That person was silently lying on the ground.

The snow had buried a quarter of his body. Someone hit him with stones but he was still motionless.

The group of boys all rushed forward, but before the stick could land, Su Su twisted a boy’s ear.

“Do your parents know that you’re doing bad things?”

The boy wailed and everyone was startled. Su Su looked at them with a smile, “Your puppy wanted to eat people and ended up being poisoned to death. Yet you guys actually still tried to beat him.”

The boy covered his ear, “W-where did you come from!”

Su Su was dressed in lotus-coloured clothing, and in order to travel, her garments were very simple. But she had bright and intelligent eyes and delicate horn chestnut shaped lips. The boys in the mountain village had never seen someone with such an appearance before.

Not only that but she had appeared unannounced, so the group of boys stared at her with wide eyes.

After a moment, someone stammeringly asked, “A-are you a demon?”

Su Su laughed, curled her fingers into claws and said with surprise, “Oh my, you’ve guessed correctly. It has been a few days since I’ve eaten children like you boys. I’m terribly starved.”

She pretended like she was about to chase them and the boys threw away their sticks and ran away crying and screaming loudly.

Only after they had run far away did Su Su walk up to the completely silent man.

A black cloak covered his body and that person’s ink-coloured hair was so messy that his face couldn’t be seen. Even though his clothes were black, the blood had stained the snow red.

Su Su hurriedly crouched and turned him over, planning to see whether he was still breathing.

The author wanted to say: