How did he become more stupid the more he goes to school?

“What?” Seeing that he didn’t respond, Qiao Zhiya shook his ears in confusion, glanced at him a little shyly, called out again, and asked, “Honey, are you not coming in?”

The button made of metal was directly pinched into a small lump of disc by Chu Rong.

Qiao Zhiya was attracted by the slight noise, his eyes fell on his hand, and his body unconsciously leaned forward. During the action, the loose neckline of his home clothes slipped aside, revealing a small section of beautifully lined collarbone.

The blue veins on Chu Rong’s forehead throbbed. He threw the flattened button on the entrance shoe cabinet, pulled open the collar of his shirt forcefully, and walked towards him with large strides.

“Why come back so late? Are you tired from work?” Seeing him coming, Qiao Zhiya immediately turned his attention back to him. He remembered Zhuang Yu’s instructions, and happily got up to greet him. His face was full of concern, like a caring little wife who cared about his husband.

Chu Rong seemed to hear the sound of the string called sanity in his head completely snapping off. He reached out his arms and accurately grasped Qiao Zhiya’s loose-fitting clothes collar. He picked him up and shook him vigorously, almost gritting his teeth as he asked, “What did you call me just now? Who taught you this? Who taught it?!” This d*mn vulgar TV drama line, which depraved person taught this to Bald Chicken?! He was going to skin that person alive!

Since the death of his parents, for so many years, apart from his family, no one else had called him so tenderly and affectionately. This bald chicken he picked up on a whim could really please him.

He kneaded his ears again. The turbulent emotions caused by his call of “Honey” thoroughly calmed down.1[Kris Xian: I’m waiting for the way where he will earn for such a nickname.] Smelling the food aroma in the air, he suddenly felt that the room that used to be just for resting finally had a warm feeling at this moment.

…Wait, the aroma of the food?

He frowned and looked in the direction of the kitchen.

“Chu Rong…” Qiao Zhiya fondly touched the two words on the top of the certificate and read it softly several times in his heart. The more he read it, the more he felt it appropriate and liked it. A smile unconsciously bloomed on his face. As soon as he looked up to say something, he saw Chu Rong turn his head and look in the direction of the kitchen. Remembering what he had made, his eyes brightened a bit and grabbed his arm shyly but with expectation, “Zhuang Yu-jie said you must be very tired after a busy day. You may want to eat something hot when you come back. I saw that there were fresh ingredients in the kitchen and made some soup. Do you want to try it? The soup is made of vegetables, which is easy to digest and will not affect your rest.”

“You did it yourself? With no help from the housework robot?” Chu Rong retracted his gaze, looked down at him, and did not take back the arm he was holding.

Qiao Zhiya nodded and said embarrassedly, “My cooking skills are not as good as my mother’s, don’t dislike it…” Moreover, he didn’t know how to use the kitchen utensils here and also wasn’t good at operating the housework robots. Therefore, he secretly cooked the vegetable soup in a magic furnace, used fire magic stones, and mixed the taste with homemade spices, which may be different from the taste of the food here.

Chu Rong showed some interest, grabbed his back collar, and said, “Go, let’s taste it.”

For a single man who was accustomed to eating nutrient solutions and simple military meals, the kitchen was a place solely for housework robots to wander around. It was unlikely for him to set foot in this room once in 10 days or so, so Chu Rong was actually a little unfamiliar about the furnishings of his own kitchen.

At this moment, he was standing at the door of the kitchen, watching Qiao Zhiya carefully bring out a small pot of hot soup from the insulation box. His eyes slowly lost focus.

How long had it been since that battle? How long had he not seen such an everyday scenario? In order to prevent his spiritual power from suddenly hurting his family in his sleep, he insisted on moving here alone. After so many years…

“This insulation box is really easy to use, and Xiao A is also extremely considerate.” Qiao Zhiya put the soup on the table. While tiptoeing to get the bowls and chopsticks in the top cabinet, he said a good word for the housework robot in this house.

A cylindrical robot sitting quietly in the corner flashed a signal light as if responding to his praise. 2Maybe, MAYBE, it’s something like this: 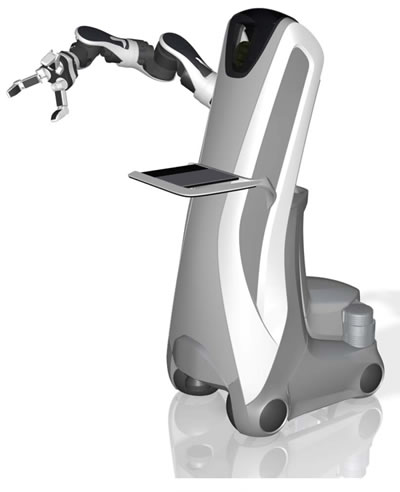 Chu Rong regained his senses and glanced at the robot that he didn’t pay much attention to at all. Seeing that Qiao Zhiya could not reach the bowls and chopsticks deep in the cabinet after a long time standing on tiptoes, the corners of his mouth curled up. He stepped forward and took two sets of bowls and chopsticks down easily, and pulled his ear. He pretended to dislike him and said, “Really useless, couldn’t even get them.”

“Uh…” Qiao Zhiya glanced back at him and somewhat embarrassedly defended himself, “This cabinet is too high…”

In fact, not just the cabinets, all the things in this house were too big and tall for him— the single sofa was wide enough for him to lie down, the coffee table was like a table, and the dining table was a little too high. The countertop in the kitchen was difficult to work on. Even the bathroom mirror was so high that it could only reflect a small part of his body. Not to mention the bathtub, the bed in the guest room, the coat rack on the porch, the lounge chair on the balcony, the towering bookshelf in the study… In short, everything in this house didn’t match his height.

He had already discovered that the humans here were very tall, not much different from the elves, so the things they used were habitually made wider and larger. He observed that when he was in the warship, in consideration of women, the furniture structures were still within normal. However, in this personal residence, everything was tailored according to the owner’s height. It seemed very out of place for a dwarf like him to live in.

Hearing that, Chu Rong also noticed this. He lowered his head, glanced at his furry head, and then at his hard and cold-decorated house. He frowned, grabbed his back collar, and said, “Tomorrow, I will let someone change part of its interior design. Now, let’s fill our stomach first.”

“Ah? No, no. I’m not complaining.” Qiao Zhiya immediately waved his hand when he heard him and said, “No need to change it. I just need to adapt to the height problem a little. It’s already very good here, much better than where I used to live.”

“I don’t like to listen to your rejection. Serve the soup.” Chu Rong didn’t like to hear his refusal. He decisively ignored it and after instructing the housework robot to serve the soup, he took him to the dining area beside the kitchen.

Although the soup was made of vegetables, it didn’t smell faint at all— the fragrance was even strong. Chu Rong was not hungry at first. At this time, he actually felt a little hungry after being hooked by this fragrance.

“The main ingredient is mushrooms.” Qiao Zhiya saw him holding a bowl— ready to drink— and added a little nervously, worried that he would not like it.

Chu Rong glanced at him and snorted, “I can see it.” There were so many small mushrooms floating in the soup. He must be blind if he didn’t know that the soup was made of mushrooms.

As if he said a stupid nonsense… Qiao Zhiya blushed and hurriedly picked up his bowl to block his red face.

The soup was slightly hot at the first sip, but it’s just comfortably right. A mild spicy hot taste spread in the mouth. Mushrooms and some finely chopped vegetable leaves slid through his lips and teeth. The spiciness was slowly alleviated and mixed with a mild and mellow taste. When the soup entered his stomach, the pungency was completely gone, making his body feel warm and good.

Qiao Zhiya let his heart settle. He happily put down his bowl and excitedly said, “It’s good that you like it. I’ll only drink this bowl and give you the rest. You have been busy for a day, so you should drink more.”

Such a comparison flashed in his mind. Chu Rong reached out his hand to rub his bangs and went on drinking soup in a good mood.

After drinking a pot of soup, his body was completely warmed up, the tip of his nose was still sweating slightly, and he felt lethargic— somewhat too lazy to move.

“You take a rest and I’ll prepare the bathwater for you, so you can have a good bath.” Qiao Zhiya handed the tableware to the housework robot, turned around, and ran towards the bathroom.

Chu Rong couldn’t stop him. He leaned on the chair and watched him run away. He slowly tapped his finger on the tabletop and squinted his eyes.

Thank you so much for the Ko-fi, “Honey”!

Support "Dwarf in the Future"

Hi! Kris Xian here, bringing you awesome fan-translated danmei stories! As stated, this is only a fan translation of a paid content, thus, if you enjoyed the above story you just read, it will be great if you can support the author by purchasing the paid chapters. Meanwhile, if you appreciate the stories I translate, give them a heart and leave a comment.