In the domestic entertainment industry, one would deem Qiao Jinye a top-notch celebrity with a substantial fan base. If he were to elucidate a matter conscientiously on his Weibo page, the post would surely top the most searched hashtags in normal circumstances.

Only if……something that was even more eye-catching to the onlookers had occurred simultaneously.

The probability of this situation, in fact, was extremely low, but it had indeed occurred today.

‌On top of that, his two love rivals had stolen the attention of netizens from him separately.

As for Qiao Jinye’s fans, they were preoccupied with either shipping the couple or debating whether to begin shipping their idol and Jiang Dai.

Meanwhile, the majority of the onlookers, who were not fans of Qiao Jinye, had congregated at the comment section of Liang Jingche’s Weibo page.

As a matter of fact, Liang Jingche did not create a Weibo account recently, for he had long since owned a Weibo page. It was just that apart from sharing some major news, he was rarely active and seldom posted anything on his page.

Unlike some renowned local entrepreneurs, he was never fond of posting his opinions on the current trends online. The only reason why he owned a Weibo page was entirely for work purposes, as he had taken into account that he could make a public announcement on his Weibo page if some unforeseen circumstances affecting his family’s bank were to occur. 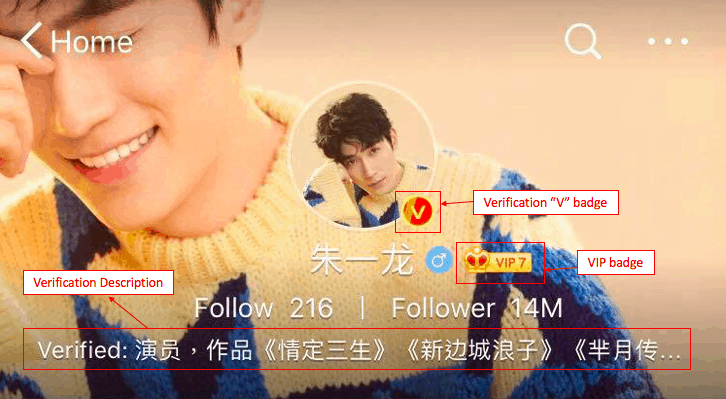 It was far too stifling.

It was as though someone had poked a chicken coop3 捅了鸡窝: The ‘chickens’ on Weibo mainly refers to marketing accounts who spam on someone’s Weibo page to advertise something. Hence, this phrase refers to situations when countless such spammers come after you. For instance, the moment when numerous Weibo accounts that can clearly be categorized as ‘chickens’ follow your Weibo page or post responses on the comment section under your Weibo page. Most of the time, these ‘chickens’ love to tap on others’ popularity to advertise themselves. !!

God knows which netizen had developed a head of steam, as a massive number of netizens began addressing Liang Jingche as Daddy out of nowhere.

As she scrolled through the comments, Jiang Dai could not help but roll her eyes and cursed inwardly, ‘These netizens do not have a single ounce of integrity! Have they escaped from the chicken coop?’

When she met Liang Jingche for the first time, it was no surprise that she had also been alarmed by his gorgeous face, which was enough to debut as an actor.

However, that was only because it was far too different from the picture she had found online.

Yes, that was right. That must have been like that.

After all, she was not a shallow woman who would lose her head at the sight of one’s attractive visage.

Moreover, the netizens’ adulations of how his profile picture was seemingly perfect were far too excessive.

As far as Jiang Dai was concerned, this image was simply a posed photo that lacked an aesthetic essence of art.

That sofa that Liang Jingche had his *ss plopped on was a custom-made item from a certain Italian leather goods brand. Unbeknownst to everyone, that minute sofa was so ridiculous that it carried a hefty price tag of more than two million dollars.

Not only that, but that bone china cup he had in his hands was a customized item from Hermes and was also valued at approximately several hundred thousand dollars.

As his beautifully sculpted fingers held the coffee cup, his wrist peeked out from under his suit, not forgetting the Patek Philippe watch……

In addition, the suit he wore was also the work of a certain renowned tailor who worked under a private label that was very popular among the rich.

With an elbow on her desk, Jiang Dai pressed her fingers against her temple.

Liang Jingche would always have good tastes whenever he kept a low profile. Sure, no matter how one looked at the photo, one look was all it took to determine that he was indeed good-looking. However, with much scrutiny, one might also discover that all the ornaments in the photo were truly evoking a sense of parvenu.

What on earth was he trying to do here? Was he afraid that no one could catch on to the fact that he was loaded, or rather……could he have done so in order to measure up against a certain someone?

The more she looked at it, the more speechless she became. As such, she intended to close the tab that she used to view Liang Jingche’s Weibo page, not wanting to see the clamor these chickens were making.

Before she knew it, she had somehow liked the post with a sudden quiver of her finger……

Fortunately for her quick reflexes, she was able to unlike the post promptly.