She was so close to spewing a mouthful of blood. Someone must have replaced this b*stard’s brain! It is so unlike him to have said such vulgar words.

Huo Rongshen probably became aware of his gaffe, but it only took him several seconds to regain control of his emotions and released his grip on her arm.

As soon as she heaved a sigh of relief, Jiang Dai had yet again kicked him in a fit of anger.

She used the tip of her thin stiletto to kick him in his shin, yet the man did not dodge at all.

After a long pause, he suddenly commented, “You have never acted so brusquely to me before.”

Upon hearing that, not only was Jiang Dai rendered speechless, but her expression also reflected the jpg image of a grandfather looking at his phone on the subway. From what he had said, he seemed to feel quite aggrieved, huh?

She initially wanted to lose her temper, but after all that was said and done, Huo Rongshen had not done anything to her. With Huo Rongshen’s integrity and conduct, it should be rather difficult for him to breach his moral baseline and force himself on women in a single-person restroom……

On second thought, wasn’t this hardcore and stimulating storyline supposed to be acted out by this male lead standing before her and the pure white flower1 小白花: an internet slang for someone who pretends to be kind, innocent, and lovable. Usually, they are scheming women who would garner pity and affection from others through their weak appearance. female lead, Sheng Wanwan?

Jiang Dai could not help but take two steps back, attempting to maintain a safe distance from this menace.

After the storyline dawned upon her, she had indeed changed. However, Huo Rongshen seemed to have gradually changed loads as well.

Seeing how things had progressed, could it be that……he and the design of the male lead in the comic had gradually begun to converge?

At the thought of those R-rated activities, it seemingly took Jiang Dai’s breath away. Unknowingly, she blurted out, “Huo Rongshen, have you not read the book on the marriage act that I had Wen Yan purchase for you? The marriage act clearly defined the laws of marriage and divorce. Not only do we not have any relations with each other, but there should also be a prudent reserve between the two genders. So, both of us should maintain a distance, just like today……”

Out of a sudden, her voice suddenly left her when she was going to say that this sort of handsy actions should not have occurred.

As a matter of fact, his hands barely moved and had simply clutched her arm firmly.

Then, she began to correct herself. “In any case, you should not have pointed your fingers at me when it comes to my affairs. Huo Rongshen, why don’t we just move on? I do not actually resent you, and it is also unlikely for you to bear a grudge against me, right? Since we are still so young, we can still begin a new life, can’t we?”

Leaning against the edge of the countertop, Huo Rongshen remained taciturn for a good while.

After quite a while, he stared at her with dull eyes and spoke in a deep voice, “I did not want us to divorce.”

“???? Weren’t you pretty quick to agree to sign the documents the other day? Now that the divorce certificate is completed, don’t tell me you are having second thoughts!? Huo Rongshen, you honestly still call yourself a President of a listed company?! You can’t be serious!!!”

At that time, the loneliness that overtook his face was something she had truly never seen before.

“I am not backing out, as I am only reaffirming my stand. I only agreed to sign the documents because I saw how much you yearned for the divorce. Since I have always gone along with it, I would rarely turn you down, and this time is no different. You have the freedom of marriage, as I respect you. However, that does not mean that I can move on. I simply can’t, I would never move on.”

At first, Jiang Dai found it pretty funny. However, when she saw how serious he was, she was not able to throw any taunts in his way.

Even so, she remained somewhat placid. “You are probably still not used to it since humans are creatures of habit and routine. You are just accustomed to the situation where no matter where you fly to, there is always a woman waiting for you back home in Yanjing. That is normal. Everything will be alright after a while. If that is not feasible……you should look for a new one.”

He had not intended to touch on these topics today, especially after Huo Shenli warned him repeatedly to take it slow, as this was not something that could be accomplished overnight.

However, Jiang Dai had expressed her thoughts on this matter very clearly, as she wished to break up with him cleanly and subsequently look for someone else.

“To have me look for someone new, so this means that you have already found someone? That Liang Jingche who is waiting outside?”

“……Didn’t you know that I came here to talk about the loan? Chairman Liang is the executive director of Feng Qi Bank.”

As this conversation progressed, it was giving Jiang Dai a massive headache.

When she chose Huo Rongshen, she was subdued easily by his mature, supercilious, and influential temperament.

Later, when she was in love, she felt that he was also a brother level figure. Hence, she mostly looked up to him.

Who would have thought that after they had divorced, he would act cutely like a wronged little brother2 It is a Chinese Internet meme that looks something like this: 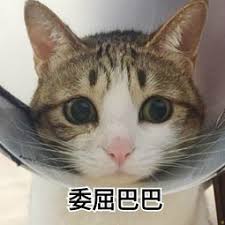 ? This is simply even more vexing than when he acted shamelessly and unreasonably!

With a darkened expression, Huo Rongshen asked, “Are you interested in him?”

Jiang Dai answered, “No, I am seriously not.”

“He must have an ulterior motive against you and wants to take advantage of this loan to develop your relationships.”

“This is all the more not……” Jiang Dai pressed her fingers against her forehead. “You should probably take some medicine. I will call Chen Mu and have him accompany you to the hospital.”

But this time, he could clearly see the way that Liang guy looked at Jiang Dai——it was akin to that of a hunter when he watched his prey that he was about to catch.

Jiang Dai’s attitude was, all the more, like a dagger in the heart……

While she was chatting and laughing, she had even laughed so tantalizingly at that Liang guy!

His face darkened considerably as Huo Rongshen shouted, “From now on, don’t smile that way to that Liang guy or any other men anymore!”

Jiang Dai stared at him, baffled. “You have indeed gone insane.”

“Absolutely not!” What on earth does this chauvinistic b*stard know?! Chairman Liang is obviously very solemn, ok! Even when she took the initiative to use complimentary words, she still did not succeed!

“What about Qiao Jinye? You should own up to this, shouldn’t you?”

By this point, Jiang Dai was itching to hit someone. “How is it that you are able to bring Qiao Jinye into this again? Have you not watched the news? Qiao Jinye is my cooperation partner.”

Huo Rongshen’s face contorted into a dark scowl as he remained silent.

She was so infuriated that she wanted to give him a good beating, but at the height of 190 centimeters, this man towered over her by more than half a head. Since there was no way for her to beat him, it would be humiliating if this got out.

At this rate, Jiang Dai became very irritable, so she prepared to end the conversation. “So what if both of them were planning to pursue me? It is known to all that I have already gotten a divorce. Just the young men in Yanjing City who want to pursue me alone would have to queue from the East side of the city to the West side of the city. Also, what has this got to do with you? Can you even manage all this?”

Even so, Huo Rongshen continued to remain silent. Meanwhile, Jiang Dai was guessing that he was gathering up his wits to come up with some baffling, chauvinistic words.

However, what came out of his mouth went beyond her expectations.

Huo Rongshen stared at her earnestly as he enunciated carefully as he spoke, “Then, I want to pursue you as well. Since so many unattractive people can be your admirer, then why can’t your ex-husband?”

“………” Jiang Dai immediately forced a mouthful of blood back into her stomach.

I am Islanor and I have pledged my life to serve the Overlord Potato.
Destroyer of biases and harvester of potatoes.
Fear me but also love me because I work hard to translate stories that move you.
If you wish to have earlier access to chapters on your screens, please do support me on Patreon.
Otherwise, support me on Ko-fi for extra chapters that will be released over the weekends.
Many thanks for your support, likes, and comments!