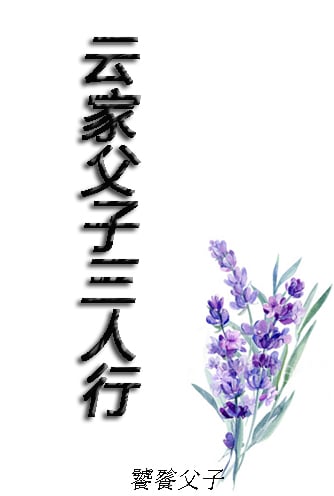 WARNING TAGS: Inc*st, Smut, Threes*me
(If you know you can’t handle the tags above then please do not proceed any further.)

The day that the two brothers knew that they have the same thoughts, Yun Bufan couldn’t wait to immediately fvck his dad who he had wanted for many years. Yun Feiyang stopped him speechlessly, rolling his eyes, and came up with an idea.

“Big Brother, do you want to fvck Dad every day? And Dad is still willing to be fvcked by us, loves our big c*cks, and craves our s*men every day…” Yun Feiyang said that as his member became hard, and his whole body became hot. Yun Bufan even more. It was unbearable, panting heavily, and started to stroke his hardness directly with both hands. It was really unbearable.

Yun Feiyang suppressed the lust all over his body and continued: “I plan to study a drug for our father to take, change his physique, become very sensitive, accept our breath, as long as we touch him, his chrysanthemum will be itchy, he will take the initiative to beg us to fvck…” while, drooling….

“Well, well, you hurry up and study, I can’t take it anymore!”

I like reading very much and I want to share it to other people that's why I became a translator. Your comments, likes and hearts can motivate me to translate more works. And you can also support me by buying me Ko-fi!