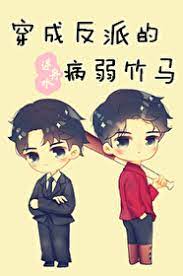 Qiao Wen was accidentally transmigrated into a 1970s Hong Kong style novel and became cannon fodder with the same name who died young.

The cannon fodder was the villain’s childhood friend in the novel. Due to a lack of funds, he died of a serious illness. His death was also the catalyst for the villain’s descent into madness, leading him down a bloody path of unscrupulous deeds for money, which eventually resulted in his tragic death from a stray bullet.

Qiao Wen, who had just awoken from a coma in a hospital bed, gazed at the dashing villain who was about to cut people with a knife in order to raise enough money to treat the original owner.

—— I believe this individual can still be saved.

While trying to make a fortune and get out of the slums, Qiao Wen stopped the villain from going dark.

It was necessary to establish a factory and engage in commercial activity.
Investing in stocks and real estate speculation are not to be overlooked.
It was also necessary to make movies and earn money in the entertainment industry.
In the meantime, fight evil forces in order to bring justice to the world.

——I am a legend, not a cannon fodder.

Just as everything seemed to be going smoothly, Qiao Wen noticed that the villain’s eyes were becoming increasingly strange, as if they had gone to the dark side.

He comforted the other person by patting them on the shoulder and saying, ” we’ll  be good brothers, for a lifetime.”

En, good brothers under one quilt, said someone with a grin on his face.

Whoever touches my wifey I’ll smash his dog head.

Two slum boys fight to make a fortune and stand up against the wicked.

This is Ebarle. If you like my translations, you can consider donating to my Kofi. Or you can leave some comments or likes to support me. Thank you!