The Villainess Won’t Let The Main Leads Break Up! 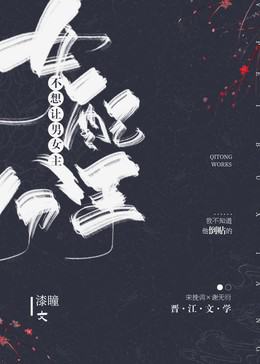 Shen Wanqing has transmigrated into a xuanhuan-angst novel! In the novel, the male and female lead’s love story is full of misunderstandings, leading to heartbreak and hurt. In the end, one is dead, and one is wounded.1 xuanhuan means ‘mysterious fantasy’

Shen Wanqing looks at the evil villainess she has transmigrated into, “I understand, my mission must be to break apart the male and female lead, and then win the male lead’s heart, right?”

The system: “No, your mission is to turn this novel into a cute love story.”

Thus, the evil villainess Shen Wanqing starts working hard for the love of the main leads. But….

‘Alert! The villain who has an unrequited love for the female lead has appeared next to her again!’

‘Alert! The cannon fodder2 cannon fodder means a side character who carries no importance except to be sacrificed for the plot. side female character has drugged the male lead!’

And just like this, in order to prevent the protagonists from breaking up, Shen Wanqing carefully worked hard on the frontlines.

Until one day, the villain who had an unrequited love for the female lead came to find her.

This villain who was rumoured to be violent and bloodthirsty, faintly smiled at her, “Young lady, being a meddler will only lead to death.”

Shen Wanqing was about to open her mouth when the system rang again in her mind, ‘Warning! The main leads are about to break up again!’

She was silent for a while, and then said, “…what about this, can you let me go stop a fight first?”

Later on, someone asked Shen Wanqing how she managed to tame the evil monster villain.

Shen Wanqing, “I don’t know, he came running to me first.”

One-sentence introduction: After failing to murder the villain, he became my boyfriend.