The Flesh of a Swan [ABO] 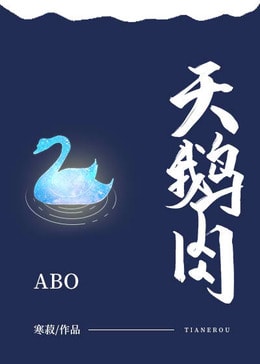 Elite prosecutor and omega Shen Wenjun was like an ice sculpture of a rare flower that could only be found high on the mountaintops.1[…pertains to a person who is hard to reach or obtain.] He was as alluring as the flesh of a swan.2[The flesh of a swan is a part of the phrase, “The toad wants to eat the flesh of a swan.” A toad refers to someone who has no self-knowledge but still trying to obtain someone unreachable or beyond their league — the flesh of a swan.]

Countless alphas pursued him, only to face humiliating rejections and retreat one after another in defeat.

Criminal police detective and beta Xie Han was Shen Wenjun’s close friend who had also loved him in secret for many years.

Xie Han spent a decade amassing courage and finally bought a pair of rings. On Shen Wenjun’s thirtieth birthday, Xie Han planned to propose marriage, which would determine the rest of his life.

But then, Shen Wenjun looked at Xie Han with a dark expression and grumbled, “What awful luck. I met a stupid little brat, and it seems he’s my fated alpha.”

“Darling, you marked my soul with love a long time ago.”

This article was not a V.3[It is really just ‘v’ in the raws. This translator has no idea what it means.] It occurred in a modern setting, a BO love, and a story wherein the childhood friend in love prevailed over the love interest who MC had a chance encounter with.4[竹马战胜天降 was the opposite of 天降战胜竹马, where the chance-encountered person wins against the childhood friend in love.]

The summary is revised by a new translator, fusing both mine and 78zao’s translations.5I miss them. T-T

Hi! Kris Xian here, bringing you awesome fan-translated danmei stories! If you enjoyed the novels I translate, it will be great if you can support the authors by purchasing their paid chapters. Also, hearts and comments are my spiritual food.