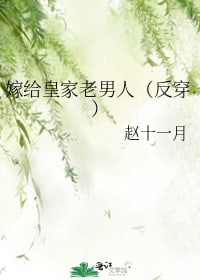 Zhen Ting Yun was the original protagonist of this transmigration novel. But her current sole purpose was to set off the now female lead’s beauty and talent.

The female lead was her eldest sister. At three, she was capable of composing poetry. At five, she excelled in painting. She was known as the Pearl of the Imperial City.

Zhen Ting Yun: I’m familiar with the plot and shall take advantage of this knowledge. Being capable of reciting Tang and Song poems, she was able to kick her younger sister to the countryside as soon as she transmigrated into the book… Cannot afford to offend, must not offend… It might be better to rely on one’s looks to secure a man and leave this troubled nest so as to not accidentally become a cannon fodder again.

As for who to marry? The old man she picked up from the side of the road was rather handsome and also had a good figure…

Ministers: The prince regent looks troubled recently. He must be mulling over state affairs. This minister is not talented but is willing to help shoulder Your Highness’ worries!

Prince Regent: The princess consort has been living in school for the past few days. Without this prince helping her with her homework, she’ll definitely have to burn the midnight oil… Will not be able to grow tall if one sleeps late!

Yellow peeps, Blistz here!
I LOVE reading anything from the BG romance genre. Play nice! Constructive criticism much appreciated.
If you enjoy my work do support me <3