You dont have javascript enabled! Please enable it!
Skip to content
📢 Translator needed

Help us by joining the team! 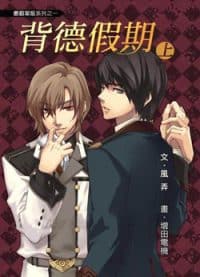 “Before the end of his break, I’ll have to discipline brother until he can no longer leave me!”

Shrouded in the light of their noble birth since the day they were born, top military academy honour students—twin brothers Ling Qian and Ling Han have always coveted after the ownership of their older adoptive brother, Ling Wei.

During the intense competition between the twins, Ling Qian made the first move.

Ling Wei, full of soldierly bearings and pure as the sunlight, by his second brother’s cunning tricks, was coerced into becoming his younger brother’s sexual object for discipline and sating his lust, constantly subjected to cruel and tender ravishments both mentally and physically.

But most embarrassingly, he grew from unbearably shameful resistance, to gradually being pulled deep down into the abyss of immoral pleasures.

Just as Ling Wei writhed under his second brother, crying and moaning from his restless thrusting, their third brother Ling Han was returning after successfully completing a trial of life and death, full of extreme jealousy ….  (Summary copied from Novelupdates)