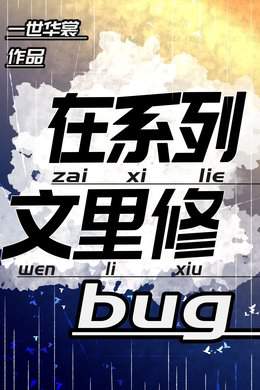 The occurrence of an accident led to the collapse of the popular Transmigration Department in the Administration Bureau.

The Creator disappeared, all the world lines had deviated, and bugs kept springing up like nobody’s business.

As a result, the Administration Bureau was in a sorry plight. Without any hesitation, Jing Xi was sent to the world with the most bugs.

As soon as the news broke, all the systems felt imperiled and were unwilling to deal with this hot potato. In the end, all they could do was draw lots.

Jing Xi: “How many bugs are there in this world?”

Jing Xi: “There’re so many bugs, yet it still has yet to collapse. Is it because the galactic space is massive?”

The cautious System: “The other worlds only end in a single book, but this world that we’re in stretches over a s-series of books.”

System: “We’ll have to repair a total of six storylines, and you have three bodies that can be used. However, one of them has been diagnosed with a terminal illness.”

Upon hearing that, Jing Xi cursed inwardly, ‘You guys sure know how to have fun, huh?’

System: “Since the series share the same universe, there is a possibility you might meet the same person again in the latter part of the storyline. So please keep that in mind.” ‘And make sure you do what you are supposed to be doing.’

With that, System became somewhat reassured and followed him diligently as he completed his missions, only to watch him attract a Big Boss right at the early stage.