After I Agreed to Marry, I Can’t Divorce Anymore 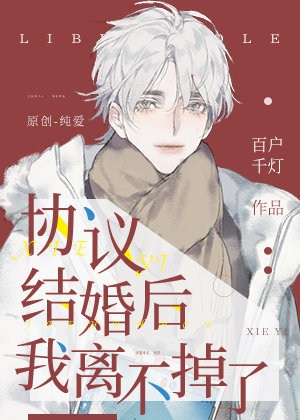 Lin Yuhe excelled in everything and even his appearance and results were the best, but emotionally, he was so slow that people became distraught.

Even if an engagement had fallen straight from the Heavens, he still felt nothing. The only thing he knew was to keep his status in mind and complete the agreement.

On the day of the wedding, he was still apologizing for his friends’ ridicule.

“I am sorry, Mr. Lu. They were unaware of the situation, so I hope you don’t mind……”

The other lowered his eyes to look at him. “I don’t mind.”

Lin Yuhe heaved a sigh of relief and only thought that the rumors were wrong, as the other did not seem that unreasonable.

When the night approached, they had a sleepless night.

The next day, Lin Yuhe struggled to support his legs that were aching with weariness. Using his voice that was hoarse from crying, he asked, “Let me confirm again. We will be divorcing after the agreement has completed, right? That sort of task that we did last night, we will only be doing it once, right?”

Just as the man was about to reach his hands out to help him knead his lower back, the man narrowed his eyes. With a deep voice, the man said little. “No divorce, not only once.”

As he looked at the man’s darkened eyes, Lin Yuhe was finally progressed from his former slowness and was acutely aware of the danger. “If not, we should still clarify about the divorce first……”

The next thing he knew, he was held by the scruff of his neck.

The man had only just called him by his nickname and Lin Yuhe’s breath was completely seized by him.

“Not once had you ever looked at me so seriously throughout the wedding.”

“Also, last night was not a task.”