You dont have javascript enabled! Please enable it!
Skip to content
I Accidentally Connected My Bluetooth to Someone Else’s Phone in the Subway

Communicating like this was like something out of a play. I was quite surprised by this.
But I had to let out a sigh in relief. Luckily, I changed the name of my earbuds, adding a candy emoji before the default model name. Otherwise, the other person wouldn’t have recognized me so quickly.

But his timbre was really just so pleasant to listen to.

Even after I arrived at the office, the sound of the man reading out his cell phone number one digit at a time continued to linger in my mind.

After taking off my cardigan, I quickly sat down, opened a memo, and prepared to copy and paste the string of numbers to WeChat and add him as a friend.

After pressing the screen, the  “Call” option appeared at the bottom.

The whole way over, my heart had been racing, scrambling my brain and making it sluggish for this moment. My body and brain weren’t in sync and I could only watch myself press down on that button.

The screen dimmed and displayed the dialing out screen. I became lightheaded for two seconds. When I finally came back to my senses, I hastily ended the call.

But it was too late, it had already successfully dialed out. He would see it.

My face rapidly heated up. He was using my earbud name to confirm my identity. Even the most ordinary model name sounded like an intimate address. The English words sounded just as good coming from his mouth.

He let out an “Oh,” and continued: “Why were you looking for me?”
His tone seemed to be formal, but I could hear a relaxed, almost laughing undertone in his words.

“Oh…” I hesitated for a moment: “I was confirming if you gave me a fake number.”
He laughed: “Have you confirmed it now?”
Me: “I’ve confirmed it.”

I can’t take it.
I had to cover the lower half of my face with my other hand to control my cheekbones which were trying their best to pierce through the ceiling.

There was only silence from the receiver.

Two strangers who had never met and on this kind of stage, there was unavoidable awkwardness.

I rushed to find something to talk about: “I’ll add you in a bit…”
At the same time, he began speaking: “I think I haven’t received…”

We both fell back into silence again.

His laugh was heard for a moment.

I knew it, we were talking about the same thing.

There were a few seconds of silence, I coughed and answered the question he hadn’t finished asking: “I just arrived at my workplace, I’ll add you right away.”

“Then——” I pressed my lips hard against each other, trying to keep myself from smiling: “I’ll hang up?”

He didn’t hang up immediately, he seemed to be waiting for me to do it first. I slowly sucked in a breath, brought my phone back before me and pressed that red button as I swept a glance over it.

I really don’t want to. I can guarantee that any woman who hears this kind of voice would be reluctant as well.

I didn’t save the number, keeping my promise which was to add his WeChat as soon as possible.

His WeChat name was just one letter, “L”. What’s this, the “L” in Death Note?1[1] L is a world-renowned detective in the Death Note manga series.

However, his profile photo was a very, very, very, common JiangZheHu2[2] 江浙滬 refers to a male living in Jiangsu, Zhejiang, or Shanghai. They usually have a Korean-style haircut, like a handsome little oppa. Image for reference: 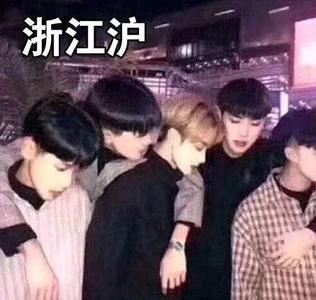 [/mfn] scumbag avatar head.3[3] The the avatar for reference: 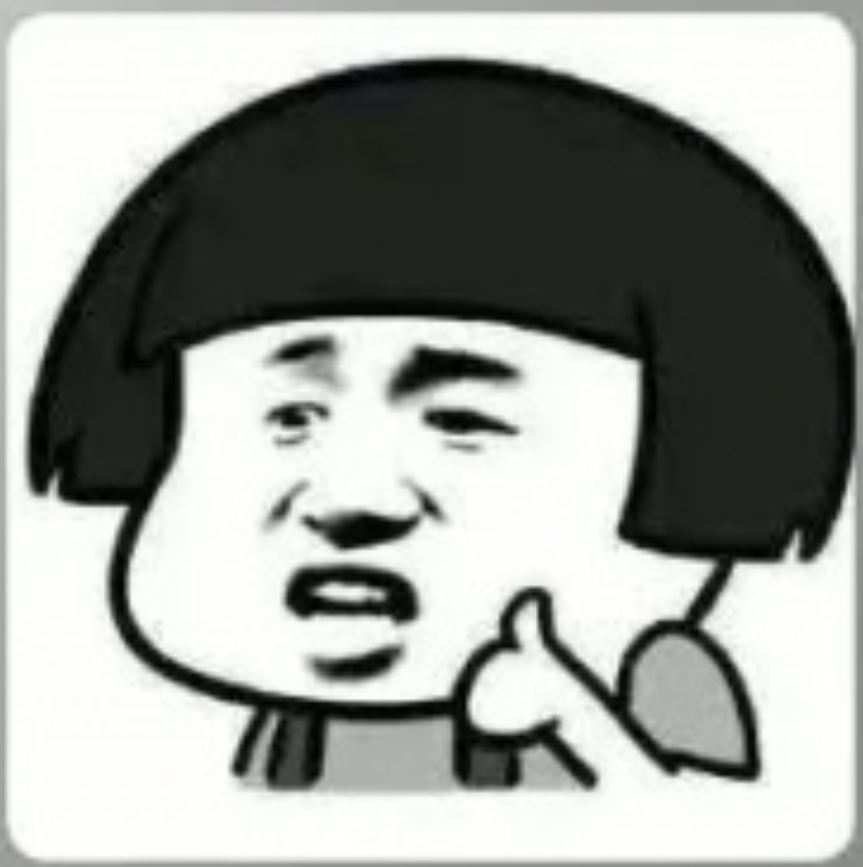 I silently criticized it as I entered the necessary information. Let’s use that candy emoji, it’s the easiest thing to recognize.

(T/N: I am doing the same thing as I translate this part and look for that example image…. Why, I really don’t understand, why do people like using this kind of derpish avatar so much??????)

He accepted it very quickly.

Just as I was about to send a “hi” over, options for stickers which could be used automatically popped up. After thinking about it, I picked the cutest one to send over.

Save me. I don’t know what to say anymore.

Tongue-tied through the phone, and now words have failed me.

I rubbed my fingers together in anxiety: I had thought you were female.

Ugh, this question mark. I could pretty much confirm he’s straight.

I smiled as I explained: The third song you played on the subway was sung by a woman.

He said: Oh.
Him: The song was 《Good morning Jay》

Me: So it’s just saying, “good morning”?
Him: Pretty much.

I didn’t understand: Pretty much? Was there another meaning?
Him: Perhaps.

He didn’t say anything else but I understood. The lyrics in the song were quite ambiguous.
Some things didn’t need to be stated bluntly, they could be expressed without speaking a single word. Clear words were obvious, but could also undermine the illusion.

However, my curiosity prevailed over the desire to let it be.

I asked: What’s with that voice recording today?

I was connected to his phone, so there was no way for him to record anything.

He was very frank: I recorded it in advance.

I was a little astonished: ?

Him: You listened to my music the whole trip last Friday. After I got home, I thought, I left somewhat carelessly. If we met again and you wanted to get to know each other, I’d play it for you.
Him: And then it came in handy this Friday.

I started to giggle and decided to throw in something related to the “fate” cliché: It seems we were brought together by fate.
Him: Seems so.

I asked: What would you do if I was a guy?
He said: Would a guy have “candy” as their prefix?
I wrinkled my brows: Perhaps they’re female.
Him: Then that would be fine.

I laughed as I took this opportunity: I really like your playlist.
Him: Thank you.
I still felt it was a little unbelievable: You didn’t disconnect me from your phone the last time.
Him: I occasionally entertain visitors who have accidentally connected.
Me: But I listened for a long time.
Him: So I sat past my stop by one stop.

I was very surprised: ???
Him: Just like how you got off early.

I fanned myself after not being able to take it: You guessed it?
Him: Mhmm.

I didn’t hide it: I was looking for you in the car today but I failed.
Him: It’s okay, in any case, you didn’t lose me.

I subconsciously felt like drinking water to lessen my urge to laugh. But when I put the cup to my lips, I realized I was so busy exchanging messages with him since arriving at work that I hadn’t even gone to get water, and instead could only take a sip of air.

I sighed and put the cup back. I continued to type: What would you have done if I hadn’t gotten off the car?
Him: I don’t know either.
Me: We might have never met again. You should have just sent the recording earlier.
Him: I didn’t know if you wanted to just be a guest or if you actually wanted to get to know me. I didn’t want to scare you off.

Me: You needed a clear signal before you would reply to that signal, is that it?
Him: Mhmm, who knows if this human on earth has come to invade or if they’re here to form an alliance.
I laughed aloud: Okay then.

He seemed to know where this stemmed from and the anime. He returned with a laugh: This is the initial letter of my name. My last name is Lu. You can just note it as “Lu.”

I was somewhat wary and only gave him a worthless piece of information: My english name at work is Kiki.

He didn’t seem to mind: No need, I had already written a remark4[4] The remark is actually one of the available input boxes located under the Edit Contact section of the WeChat settings. Previously, it was called Alias, but in the latest update, it is now called Remark. As can be deduced from the previous name, the remark box is essentially an alias or nickname you can give your contact to make it easier for you to know who is who. when I added you.

I was curious: Oh? What?

The chatting window was silent. A few seconds later, the corners of my lips rose up once more.

Because he shared a song:

Be still, my beating heart! Tbh, Z and I really shouldn’t take up more projects but this was too cute to resist! And, is it just me, or is Lu a natural flirt? >o<

I thought I was managing myself well… Until I saw this novel which hadn’t been updated in over a month. But it’s by the same author as Young Lady, You Have Peach Blossoms in April! And I just love the cute stories! :facepalm: Though I suppose that’s not the best excuse to use.Cough cough.

On a more serious note:

My exams are coming up. Wish me luck. I will most likely continue posting but forewarning if I don’t…

[1] L is a world-renowned detective in the Death Note manga series.

[2] 江浙滬 refers to a male living in Jiangsu, Zhejiang, or Shanghai. They usually have a Korean-style haircut, like a handsome little oppa. Image below:

[3] The avatar for reference:

[4] The remark is actually one of the available input boxes located under the Edit Contact section of the WeChat settings. Previously, it was called Alias, but in the latest update, it is now called Remark. As can be deduced from the previous name, the remark box is essentially an alias or nickname you can give your contact to make it easier for you to know who is who.

Hi everyone! Thanks for visiting, I hope you've enjoyed the stories as much I have. Wait for me, I've got more up my sleeve! If you can, please consider supporting me with a coffee or leaving a like or comment! For more awesome reads, join our discord~