You dont have javascript enabled! Please enable it!
Skip to content
Kisses Make Me Grow Taller

After returning to the bedroom, Bai Rong immediately turned on his optical computer and logged into the virtual city.

As soon as he arrived, the message box on his wristwatch started beeping continuously, and the mailbox icon had also turned into a deep red that looked as though it was about to implode any time.

Bai Rong frowned as he opened the inbox casually. A mountain of messages such as purchase requests, suck-ups, customizations, and secret conversations flooded in immediately.

It looked as though the sale of the two intermediate spell cards yesterday had really attracted a lot of attention. After viewing dozens of them, Bai Rong cleared them all with one click, then exited the message box.

Clicking the web page open and heading over to the page of the Shengya Virtual Department Store, Bai Rong bought some makeup tools, a large black fisherman hat, and a big wide robe.

Unable to help feeling either helpless or disappointed, Bai Rong’s lips twitched, and he threw the two spell cards into his virtual spatial button.

Bai Rong clicked on one with the most comments.

“The number of A-level Spell Card Masters who can produce S-level virtual intermediate Spell Cards with good specs number no more than fifty. Everybody, let’s work hard together and dig. Maybe we can find out who opened this shop!”

“What the above user said makes sense. Moreover, almost half of the fifty A Level Spell Card Masters have signed a full-time agreement with big clans, so all the spell cards they make can only be sold to the clans which makes the actual search range to be very small…”

“I think it’s Grandmaster Rhodes. The specs of the spell cards he made have always been amazing. His success rate is also very high. I heard that it was within the rage of thirty to forty percent!!”

“It can’t be Rhodes. Although the stats of the spell cards he produces are high, he has always made basic spell cards. Basic and intermediate spell cards have completely different concepts, and the difficulty is on a whole different level! I think it’s Master Mu Feng, didn’t he just finish his seclusion a month ago…”

“To be honest, I’ve been paying attention to this shop for a month now. Back then, it still sold A-level virtual basic spell cards, and then slowly only sold S-level virtual basic spell cards, and the prices were extremely cheap. I didn’t expect to have refreshed an S-level virtual intermediate spell card! I was so ecstatic to death at the time, but in the blink of an eye, the virtual intermediate spell card was sold ahhhhhhhh. Damn it, I was about to blow my top off!!! That’s it!!! What’s the use if the speed of your hand is slow? (Attach chop this hand off.jpg)1 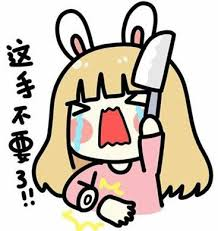 “I think the above user is showing off!”

“Plus one, my cannon’s already aimed at the above user, smile.jpg”

“Plus two, I’m super envious that he was able to see it after refreshing. By the time I went to look, it was already off the shelf! (I support the above user’s cannon. Shoot!)”

Quickly scrolling down the comments, Bai Rong lightly scanned thousands of them, but didn’t see a single guess that had managed to guess his identity correctly.

This couldn’t go on. Even though he didn’t want to attract any attention before. Now, in order to accumulate fame and money so that he could help Mu Chongyan in the future, he couldn’t hide himself too much.

An appropriate amount of “exposure” was still necessary.

Bai Rong logged into his virtual star network account and looked at the ID nickname “Tough guy 233333”, and felt very happy about it. It was so much better than the ID “Mu Chongyan’s wife No. 123333333” in the real star network!

And it was more in line with his temperament too!!

As soon as Bai Rong published this, the things he had bought before had just arrived.

Immediately closing all the pages, Bai Rong went to pick up the stuff, and then began to “make up and dress up”. What he completely didn’t realize was that the virtual star network had turned into a mess by his single post and it quickly shot up to the top of the hot searches.

Bai Rong put on the large black robe that reached his calf, then used the makeup tools to make himself look like an unkempt middle-aged uncle with dark under eyes. Then, he finally put the big black fisherman hat on his head.

Transforming into an eccentric and unkempt middle-aged uncle.

Once Bai Rong had finished disguising himself, it was 9:58am. He quickly walked out the door, hailed a flying aircraft on the site opposite the gate of the neighborhood, and finally arrived at the entrance of AS Virtual Spell Card Union Building at 10:05.

Seeing that Mu Chongyan was already standing there, waiting for him, Bai Rong hurriedly got off the aircraft and walked over to Mu Chongyan quickly.

Mu Chongyan’s eyes narrowed slightly as he suppressed the suspicions that almost flashed through his eyes.

“Ok.” Praising inwardly to himself that Mu Chongyan really deserved to be his wife since he was able to recognize him instantly and without any change in his expression, Bai Rong happily pulled the door open and sat inside.

Mu Chongyan sat in the driver’s seat and whispered, “You did a good job.”

Originally, he had also brought makeup tools with him to help Mu Nan draw a disguise on. Looking at him now, it seems that it was unnecessary.

Bai Rong chuckled twice with curved eyes. His round pupils were black and clear, and his smile looked like that of a cheery and innocent youth’s.

It was just that…such a smile paired with the face of a middle-aged uncle with dark bags and unkempt beard was simply too striking to the eye….. Cough, the sight was too strange.

Mu Chongyan instantly retracted his gaze and said indifferently: “Don’t smile like that when you go out.”

“Ah?” Bai Rong was stunned for a moment and was about to ask why, but before he could even say anything, he suddenly thought of something and said in a helpless and pampering tone, “Okay, I understand.”

Aiya. There was nothing he could do about his wife’s strong possessiveness. He didn’t even want to share his smile with anyone else…