You dont have javascript enabled! Please enable it!
Skip to content
After the Global Evolution, I Stand at the Top of the Food Chain

This chapter is translated by Rin, edited by Bluburry, and proofread by Kris Xian.

The next day, after Lu Yan returned home, he received a message from Zhou Qiming.

“I went to investigate the abduction case related to Zhao Yuan. After a long search, I found someone who seemed like a suspect. He was sentenced to death 20 years ago for several crimes, such as smuggling guns and trafficking women and children. The punishment has been executed.”

Looking for a Gong: It felt that there was something wrong, and I went back to read the confession. The trial went for a week, and the condemned man had explained a lot. The women who were trafficked had also been recovered according to his statement, but only Zhao Yuan was not mentioned. At that time, Zhao Yuan clearly had just been sold to the Dragon Maiden Lake.

Looking for a Gong: In addition, I also asked the official to check the address of the person who uploaded the post. Officials told me they did not have permission. I went to look for it, but the post was also deleted. It seems that the truth is hidden very deeply. Detective has sent the information report back to Headquarters.

[The trafficker was arrested when he was already under mental hypnosis and said that he couldn’t remember such a thing.]

Lu Yan just thought for a moment, then asked one thing with a definite tone, “Lu Cheng?”

[Yes, or, you should know his current code name, “Prophet.”]

The arrow sped away; the metal arrowhead pierced the bull’s eye and penetrated deep into the wall behind. Luckily, Lu Yan had not used all his strength, otherwise, the wall would have collapsed.

Lu Yan changed the question, “He single-handedly planned the abduction case, later went to the Dragon Maiden Village, and then compelled the villagers to drown Zhao Yuan in the pond. What is the purpose of all this?”

Everything had a purpose, even murderers in the street who killed indiscriminately, did so because they wanted to take revenge on society, and make themselves feel better.

Not to mention, a person like Lu Cheng wouldn’t work hard if he didn’t have any benefit in doing so.

[Meanness is the passport of the mean, nobility is the epitaph of the noble. The gilded sky is filled with the bent reflections of the dead.*]

[Only suffering can produce great and noble souls. After the bodies of these souls are fully evolved, they will also become extraordinarily powerful Pollutants. Such a bureau, he has set up seven of them over the decades. The Dragon Maiden Lake you encountered is just one of them.]

Prophet covered his bloody hand. The huge eye on his face was covered with fine red blood veins.

One of his hands had been bitten off by the Dragon Maiden from his wrist.

Prophet could see the future, but in the future he saw, it did not include this possibility.

Or rather, this miracle.

At that moment, all the little Dragon Maidens at the bottom of the Dragon Maiden Lake ran to their “mother” like young swallows returning to the forest and merged into the Lady Maiden’s body.

The monster opened its fangs as if it were returning to life.

Prophet had forgotten the last time he had experienced this kind of pain. His tone was filled with anger, “You could have stopped her, why did you just stand by and watch?”

On Shen Qingyang’s face, there remained a gentle smile. “But, by blocking her, I will also be injured.

“Don’t act on emotion, isn’t that what you taught me, Teacher?”

Lu Yan took out the pale golden snake fish from the refrigerator.

The golden snake had been dead for a long time. It was soaked in water, but the smell was unique.

What a normal person smelled might be fishy, but in Lu Yan’s olfactory system, the smell was surprisingly sweet.

The Kingfish had indeed transformed him.

“What’s the use of this stuff?” Lu Yan asked.

The System replied without a trace of emotion, [Kingfish hatchling, a species of fish eggs like the one you saw. It is extremely useful. I suggest you cook and eat it, don’t swallow it raw.]

[Although it will have a weaker effect, it won’t make the two fish inside you fight. The Kingfish when facing you may be kind and behave, but its jealousy is quite strong.]

[If it finds out that you have a second child, it may quietly bite the second child to death while you are not paying attention.]

[After all, it can get stronger by eating it.]

A large part of the Pollutant’s evolution was done by eating its own kind.

Occasionally, there were extreme cases, such as relying on something else like courage, faith, anger, or willpower, but this was usually more like a miracle.

Lu Yan smiled and immediately boiled a pot of water.

High-end ingredients often needed to be cooked in the simplest way.

Lu Yan asked, “Will putting soy sauce and cooking wine affect the impact of this fish?”

The System was silent for a moment, [No, but it will make it more delicious].

He opened the back of the Kingfish, sliced it with a fancy knife, and put it in the cooking wine to marinade.

After finely chopping the onion and ginger, he sprinkled them on the surface of the fish. Finally, he steamed it in the pot for ten minutes. When it was brought out, he drizzled it with some refreshing soy sauce.

The fish was fresh and sweet. The thick, pale golden broth after steaming was so good that he wanted to swallow his tongue.

Lu Yan declared this is the best fish meal he had ever eaten.

[Kingfish is not a fish… Nevermind.]

Not quite the same as the last integration, this time, the rejection reaction was not strong. At least, there was no high fever or vomiting.

Lu Yan felt like he had drunk too much wine and had a gentle throbbing headache.

This was probably also because he was already an Enlightened with a spiritual power threshold close to 1, 000.

The translucent fish scales growing on his arms emerged. They were much larger than when they first appeared, and they looked like they belonged to an old koi that had been raised for more than ten years.

These scales shifted from red to pale gold.

Lu Yan lay on the sofa and spread his hands towards the ceiling.

“4 hours, the range of scale growth covered the right hand.

“6 hours, shark-like gill slits grew on the side of the ear, three in total.

A layer of sweat appeared on Lu Yan’s body. At the same time, he also stopped recording.

In his ears, the System’s congratulations rang out, [Congratulations to the Host, you have obtained the 167th ability — Regeneration.]

Regeneration, an ability from the special system. As long as the Enlightened didn’t die, it could regenerate severed limbs on any part of the body.

Paired with the combat system ability, he would become an exceptionally difficult character to deal with.

[However, I don’t approve of you doing that, it’s too dangerous. Although the first Kingfish is docile inside you and even shows no aggression… it is s the juvenile fish with the strongest evolutionary ability and the strongest final form of all the Kingfish.]

Lu Yan took out the sensor watch and measured his physical condition.

He swallowed a miracle drug issued by the PDC and it dropped to exactly 10. He swallowed another one and this value did not go down any further.

“How many bars in total?” Lu Yan asked.

Then, he got an unsurprising number: “7.”1They may be referring to the health bar. 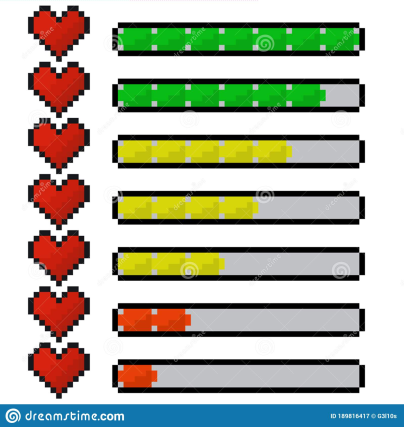 The organization’s arranged matchmaking plan was forced to abort because of Tyrant’s lack of cooperation.

The Headquarters had to arrange Lu Yan in a different way.

On the first day that Lu Yan had returned from Dragon Maiden Village, Director Li sent an invitation, but the other party said he was temporarily unavailable, so it was not until three days later that they had the chance to meet officially.

Director Li heard that Lu Yan liked good-looking male comrades. He was also a flower in the PDC when he was young, but now that he was in his forties and was even a bit bald because of years of busywork, he was inevitably worried.

The organization believed that Su Fufeng was no longer suitable to be Lu Yan’s liaison. Therefore, this position was taken over by Director Li, who had talked to Lu Yan on the phone once, for the time being.

For example, Tang Xun’an’s former liaison had risen to become the manager of the SpecOps Division.

Therefore, Director Li still wanted to leave a good impression in front of Lu Yan as much as possible.

Half an hour later, Lu Yan arrived at the office of the PDC at the exact time.

Lu Yan nodded. “I just finished an operation, and there was a bit of traffic on the road, I’m sorry.”

“It’s okay, in fact, I didn’t call you here today for a serious matter.” Director Li cheerfully said. With his slightly bald head, he was like the Maitreya Buddha, “Because of work errors, your information was inadvertently leaked. Nevertheless, fortunately, when it was discovered, it wasn’t widely spread. The authorities have sent someone to complete the memory cleaning.”

“In order to prevent this kind of incident from happening again, the organization has decided to change the information on the file, altering the special system to the support system. I hope you can go to the Research Institute to undergo an ability transplant operation to transfer the ‘Sprint’ ability to you.”

Sprint, 679th ability. It could ignore gravity, buoyancy, and other factors, running on different plains with great speed.

This was also the ability recorded on the file forged by the Headquarters for Lu Yan.

“In addition, the SpecOps Division Headquarters will soon start a new round of skill training for new entrants of Enlighteneds for three months. All newly recruited Enlighteneds must join the training. It just so happens that Mr. Zhou Qiming is going to Yanjing to sign the contract. You guys can go together.”

Director Li didn’t know much about ability transplantation and could only say vaguely, “I heard it’s the latest technology from the First Research Institute. There won’t be pollution after the operation and no backlash. It’s very effective. Nonetheless, it can only transplant some abilities that are ranked at the back of the Abilities Sequence List, so only less important abilities.”

Lu Yan didn’t know if this was an illusion.

In that instant, he heard the System let out a snicker with cold intent.

*From the poem “Answer” by Shiren Beidao.

Support "After the Global Evolution, I Stand at the Top of the Food Chain"

Hi! Kris Xian here, bringing you awesome fan-translated danmei stories! If you enjoyed the novels I translate, it will be great if you can support the authors by purchasing their paid chapters. Also, hearts and comments are my spiritual food.